As in previous decades women took beauty inspiration from the big screen and the movie starlets of the decade, with the explosion of color, from the motion pictures in the 1950s women were now fully able to see the make up the stars were wearing and Technicolor showed up beautifully an array of cherry, fire engine red lips, warm bright blush and also the flawlessness of the skin. Women took this vibrant look and wore it day and night as a fashionable style of this period. Cosmetic brands were an important part of the process as now offering more choice than ever and more availability to the average housewife of the time. These cosmetic brands changed the face of the decade with the vibrant reds and cherries at the start of the decade and then with the addition of titanium to the products added to mute the colour’s we see more of a peach, pinkish tones towards the latter. Cosmetics and cosmetic science was and still is bigger than ever as companies are always looking for ways to improve a product or adapt an old classic to coincide with current fashions and trends. Some of the brands available today have been working their magic for years, below is a look at the popular cosmetic brands of the 1950’s and how they play an important role in beauty history!

Mascara from brand leaders such as Maybelline was an imperative cosmetic to have in your handbag. Though it wasn’t until the 1960s that women applied it again to lower lashes again [ as in the 1920’s ]. Loads of newly patented cosmetic tools like eyelash curlers and eyebrow stencils helped young women achieve the look of whatever starlet took their fancy.
The Cat eye-line or the winged tip which defines the current retro pinup look – such a simple innovation, added real glamour to a girls eyes and was often preferred by women to a heavy eyeshadow look.

A Timeline of 1950’s makeup inovations from  http://www.cosmeticsandskin.com 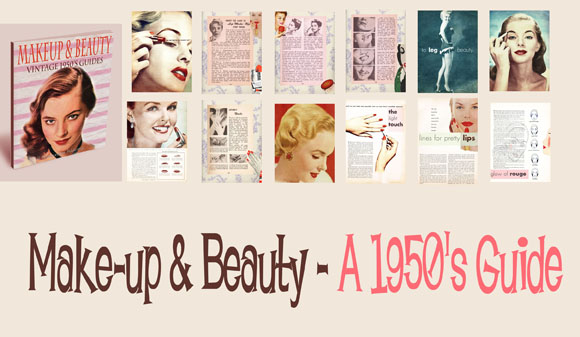 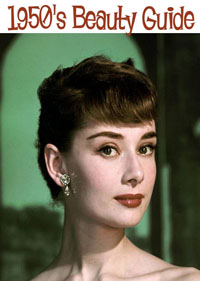 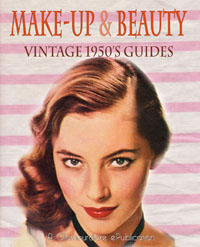